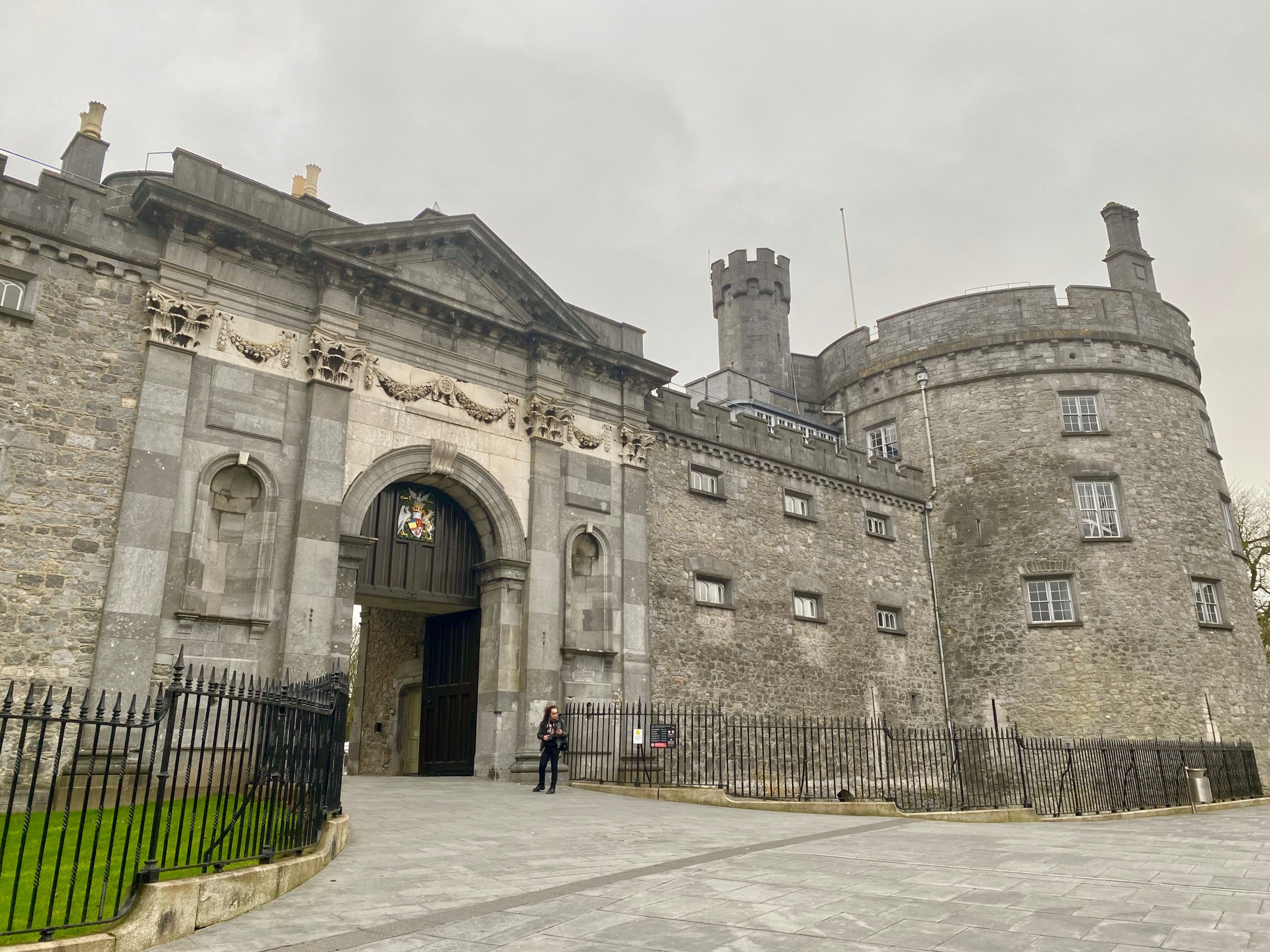 Like the United Kingdom and much of Europe, Ireland has many castles built over its long history.  They belonged to Irish Kings, Norman lords, English princes, and Irish gentry.  Today these castles exist in various states from ruin to pristine and serve as tourist attractions, museums, and even hotels.  We have identified ten of the castles we think you should see most, each one beautiful with its own fascinating history.  If there’s an Irish castle we left off that you think should be included, you can share that with us in the comments.

Like several castles on this list, Kilkenny began as a defensive fortress and symbol of the Norman conquest of Ireland.  Richard de Clare built the first wooden castle around 1195 and later improved to a stone fortification of which three of the original towers remain.  In addition to serving as a museum, the Butler Gallery in the castle regularly holds art exhibitions courtesy of the Kilkenny Art Gallery Society.

King John’s Castle in Limerick was ordered by John himself and remains one of the best examples of a medieval Norman castle in Ireland. The towers, walls, and fortifications are all original and incredibly well-preserved, despite having been subjected to a number of sieges over its long history.  The castle is open all year, so there’s really no reason to avoid visiting it if you find yourself in the city.

Dunluce Castle was once the seat of Clan McDonnell, the Irish branch of the Scottish Clan Donald and the castle building itself dates back to roughly the 16th Century.  It’s had quite an interesting history, though the legends concerning it are equally interesting and say that it became abandoned after the kitchen fell into the sea and the owner refused to live there.  Game of Thrones fans will note that it also serves as the stand-in for the Greyjoy castle Pyke.

Bunratty was built over the site of a Viking trading camp and the current castle is actually the fourth such structure on the property.  It was built in 1425 by the McNamara family and eventually became the stronghold of the O’Brien family, descendants of the last king of Thomond.  Viscount Gort purchased the castle in 1956, restoring it and opening it to the public in 1960.  In addition to tours of the castle, Bunratty hosts a medieval festival every year.

The Hynes Clan built Dunguaire Castle around 1520 as a defensive Tower House castle for Galway Bay.  It was named for the medieval fort (or “Dun”) of the legendary King Guaire of Connacht and has become a heavily photographed and filmed location, including Disney’s Guns in the Heather.  The castle opens to the public from April to September and even hosts medieval banquets you can buy a ticket to attend.

The Office of Public Works manages this 15th Century Tower House castle in Killarney.  Its perhaps best known as one of the last holdouts to Oliver Cromwell’s invasion of Ireland, though it is said to be pretty steeped in Irish legend as well, and is even supposedly haunted by a ghost.  However, for those without an interest in the supernatural, the castle is a textbook Medieval stronghold from its battlements to the spiral staircase in the Tower House designed to give attackers a disadvantage.

Cahir is one of the largest castles in Ireland.  It was built in 1142 by Conor O’Brien, the Prince of Thomond, whose family later took over Bunratty Castle.  Before it was a native stone fort known as a “cathair” and its history has seen many a conflict.  In fact, if you tour Cahir, you can still see a cannonball embedded in the walls from the Nine Years War.  This amazing history is on display throughout the towers and walls of Cahir, making it well worth the tour.

Dublin Castle might be one of the easiest to visit as it is situated right in the heart of the city.  Long associated with Dublin’s governance, the castle was built in 1204 on order of King John I for the administration of the English government and remained so until Ireland achieved its independence in 1922.  Today, the castle acts as a museum, conference centre, and still houses important government offices.

Blarney Castle is undeniably one of the top tourist attractions in all of Ireland.  The current castle was built around 1446 and then confiscated by the supporters of King William III, after which time it passed through a series of owners.  Parts of the castle are now in ruins, but the battlements and some of the rooms are intact, as is the castle’s biggest draw—the Blarney Stone, believed to give the “gift of gab” to whoever kisses it.

Also known as the Cashel of the Kings and St. Patrick’s Rock, the Rock of Cashel was the seat of the kings of Munster for hundreds of years until the Normans invaded.  In 1101, the then-current King of Munster donated the castle to the Church which later built Cormac’s Chapel and the Cathedral.  It is home to some of the finest examples of Celtic art in the country and that, along with its history, is worth discovering.

I would also include Trim Castle on this list – I loved my visit there!