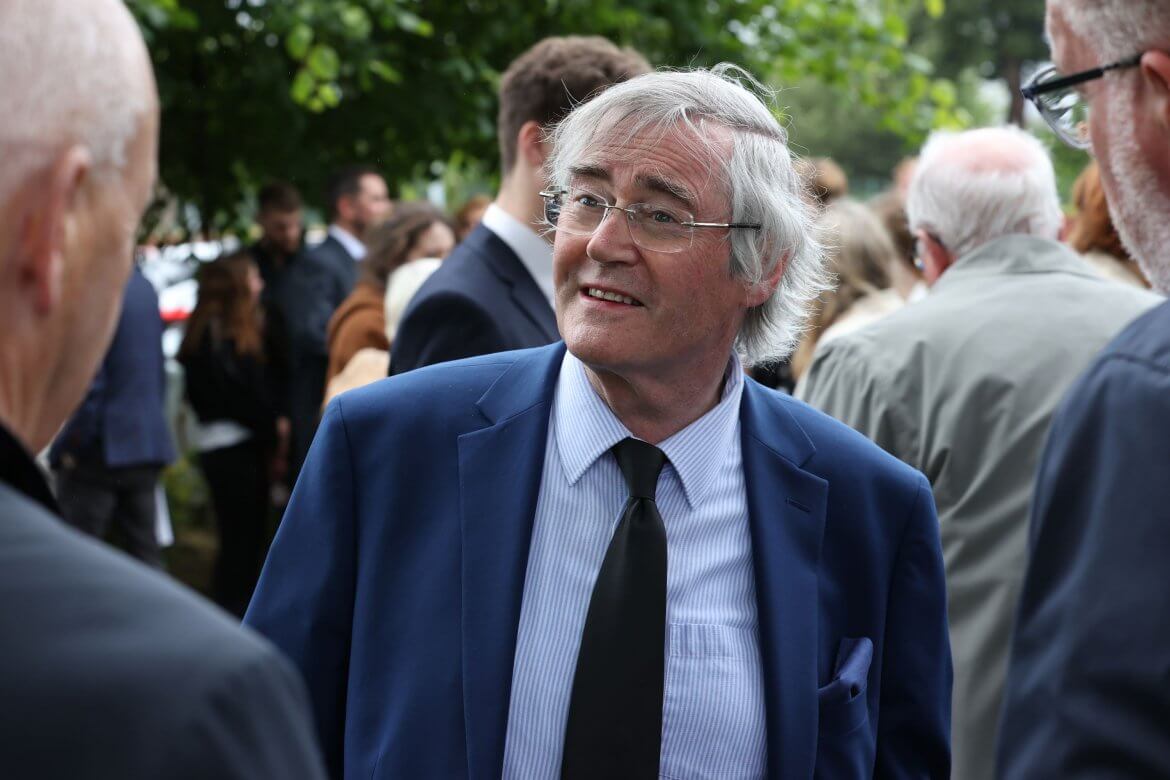 Political leaders have paid tribute to noted historian Eamon Phoenix, who has died at the age of 69.

He was an academic at Stranmillis University College, a long-term contributor to the Irish News newspaper and a familiar face on broadcast stations.

He died peacefully at home in Belfast after a short illness, surrounded by his family, and is survived by wife Alice, daughter Mary-Alice, son-in-law Stuart and granddaughter Nicole.

Renowned historian Dr Éamon Phoenix has sadly died at the age of 69. The academic, author and archivist of The Irish News, died peacefully at his Belfast home following a short illness. https://t.co/tvX0Sj9uI9

“Eamon was a gifted communicator who has been publishing and contributing to many valuable and important pieces of historical writing, reflection and analysis for almost four decades,” she said.

“His passion and enthusiasm for Irish history and politics brought it to life raising public awareness and interest across society for today’s generation.

“His distinctive contribution to building the peace on this island was clear to all, and particularly through his regular columns in local newspapers and appearances on radio and television, and his important involvement with the decade of centenaries.

“His valuable writings and insights into our past leave a powerful legacy for future generations.

“My thoughts are with Eamon’s family, friends and colleagues in academia and in the Irish News at this sad and difficult time.”

Libraries NI is sorry to hear about the death of Dr Éamon Phoenix. He was a good friend to libraries and will be missed. We are thinking of his family at this sad time. pic.twitter.com/E0EYEnekew

DUP leader Sir Jeffrey Donaldson said he was incredibly saddened by the news.

“Eamon takes to the grave an insight into the history of these islands that few will ever rival,” he said.

“Our deepest sympathies to his wife, daughter and wider family.”

“Eamon taught for years at Stranmillis University College and was renowned for his mesmeric and musical speaking voice,” she said.

“No man knew more about the history of Ireland, and particularly the North and the tragic historical circumstances that shaped the attitudes of all of us on this small piece of earth.

“He was recognised as being impartial and fair minded by everyone and could travel anywhere without issue due to his recognition as a man of integrity and honesty.

“He was particularly in demand for centenary events over the last few years and he had his own opinions which he expressed quietly when asked and they included the futility of the use of violence and the missed opportunities by all sides to show generosity, especially in the early 20th century.

“Eamon has left a vast spoken word archive with the BBC, his On This Day column in the Irish News, which stretched back to events reported from 50 to 100 years ago, will be an essential source for historians for years to come. I can personally testify that John Hume was an unstinting admirer of his work, particularly his magnum opus Ulster Nationalism.”

Thousands line the streets as Halloween parade returns to Derry