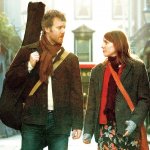 The first Irish film studio came about in 1958 and since then, Ireland has produced a great number of films across many genres.  With a few exceptions, Irish drama tends to focus on more recent times, though each touches upon an important aspect of Irish history and culture.  We’ve identified ten important Irish drama films we think you should watch below and for the sake of … END_OF_DOCUMENT_TOKEN_TO_BE_REPLACED