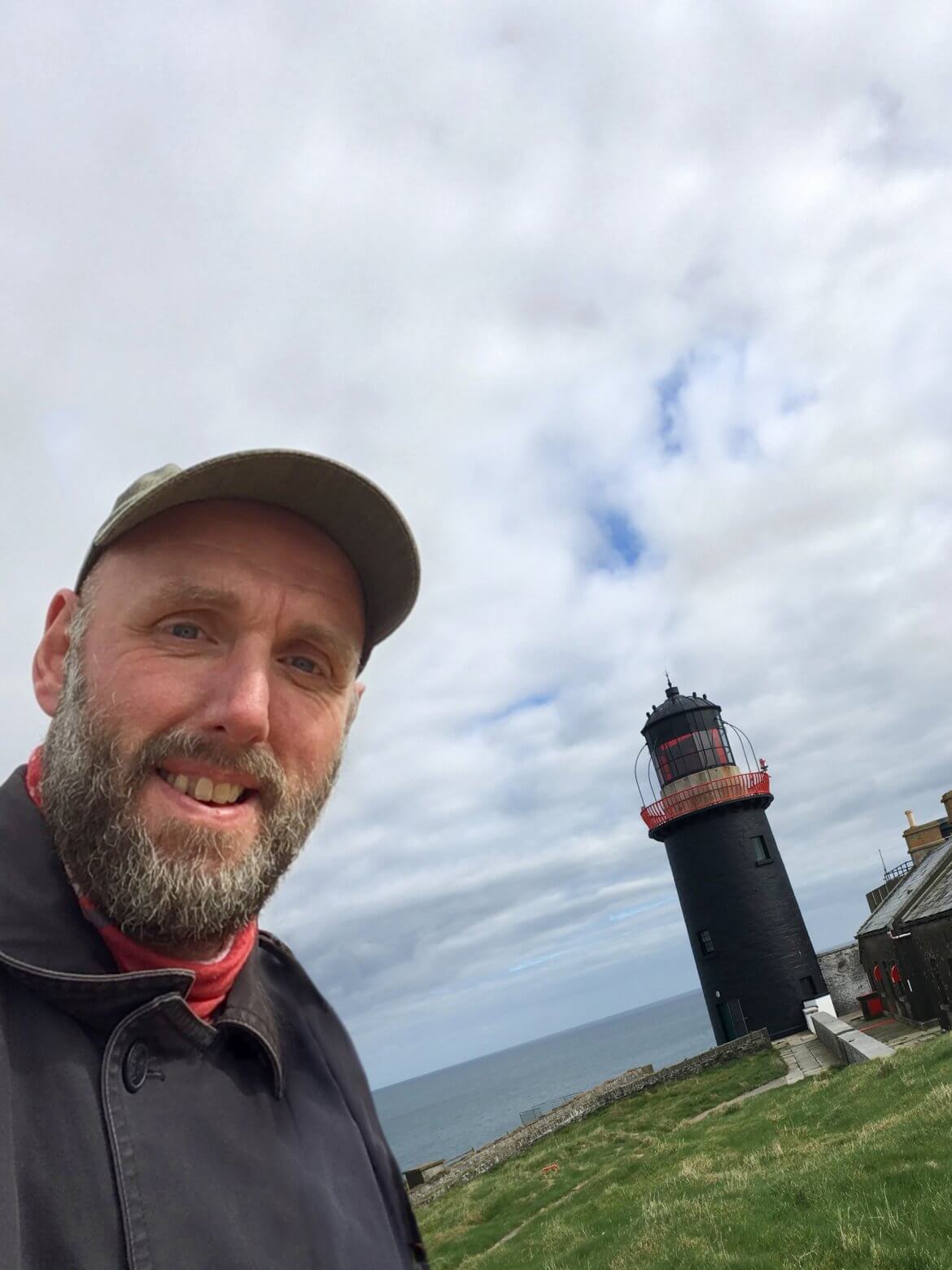 A designer has created prints of Irish lighthouses inspired by his boyhood hero Tintin.

From Rathlin on the northern tip of Ireland to Fastnet in Cork on the south coast, Bert Dufour went on his own adventure, travelling more than 2,000km over three years capturing all 80 operational lighthouses on the island.

So far prints of 55 have been framed as artworks, with the project set to go on public show at Gifted, Ireland’s biggest craft and design fair, later this month.

Mr Dufour, who is originally from Belgium, moved to Clonakilty in Co Cork in 2011 and developed a fascination with lighthouses.

“There is a beauty to these towers, and how they stand over the ocean,” he said.

Mr Dufour, who started design business The Designer of Things, said his work has been inspired by Herge, the Brussels-born graphic artist and creator of The Adventures Of Tintin.

His illustrations of the lighthouses have even been compared to the famous comic books about the boy adventurer and his dog Snowy.

“I have been told by a few people that my illustrations reminded them of the Tintin books,” he said.

“The comics have had a big influence on how I illustrate. I was a big fan of the books growing up and still have a full collection in their original hardcover prints.”

Mr Dufour said he hopes to complete the lighthouse project next year.

While he said he could not choose his favourite, he admitted a soft spot for Fastnet.

“I am drawn to any of the lighthouses that were built on rocky islands in these crazily remote locations,” Mr Dufour said.

“Considering the time they were built in, in this case first finished in 1854 and rebuilt in 1897, and the tools available at the time, not to mention the sheer scale of it when you are near it in a boat, it is awe-inspiring.”

He created the prints using a combination of onsite sketches and still photographs. They are then worked on digitally.

“I am trying to simplify them in such a way that my prints aren’t photographic representation, but a very stylised representation instead,” he said.

Mr Dufour said he has also created a 1,000-piece jigsaw of 16 of his lighthouse prints, which will be featured along with his print collection at Gifted, running from November 30 to December 4 at Dublin’s RDS.

More than five million euros is expected to be spent at the traditional opening to the festive season, featuring over 400 designers, makers and artisan food producers.

The show will also feature Ireland’s largest collection of sustainable Christmas gifts for both adults and children.

For the first time this year, it will feature a series of free workshops, presented by Irish makers, where visitors can make their own crafts such as mini-terrariums and weave their own Christmas decoration.

Full details and booking are at www.giftedfair.ie.