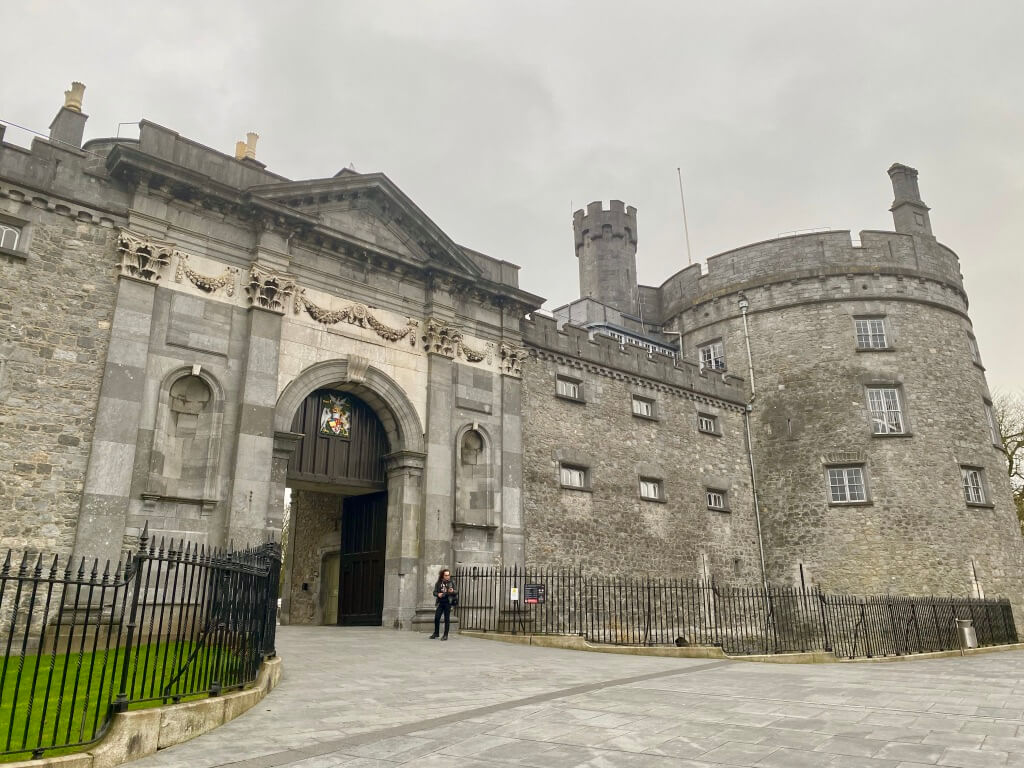 Ireland is truly one of the most beautiful parts of the world.  With its rolling green hills, mountains, ocean, and more, there’s plenty of natural beauty to behold throughout the Republic of Ireland, but not all of that beauty is natural.  Ireland is full of beautiful buildings as well, including many impressive stately homes.  No matter the reason you find yourself in Ireland, it’s worth your time to check out one of the great homes listed below.  If we left something out you think deserves to be included; you can share that with us in the comments.

Charleville Castle near Tullamore was built in the early 19th Century and certainly looks like a castle with its Neo-Gothic style.  It was sporadically inhabited since, including by Lord Byron, until it was abandoned in 1918.  The roof and much of the interior has since been restored, and the property is managed by the Charleville Castle Heritage Trust.  For an added bonus, the house and grounds are believed to be amongst the most haunted in Europe.

The name Donegal means “Fort of the Foreigner” in the original Irish Gaelic and is believed to have been the site of a Viking fort.  The original keep was constructed in the 15th Century with a Jacobean-style wing that was added in the 17th Century.  It fell into ruin under new owners in the 19th Century and remained that way until much of it was restored in the 1990s by the Office of Public Works.

Certainly one of the most beautiful manor homes in Ireland, Adare Manor sits on the banks of the River Maigue in County Limerick, which just adds to the house’s beauty.  Adare Manor rises out of the carefully manicured Victorian gardens with its decidedly Gothic Revival style.  Perhaps among its most striking features are its calendar-style windows and the whopping 52 chimneys.  Today the house is operated as a five-star resort and golf course.

Powerscourt Estate looks like it could be the home of a monarch.  While a castle existed here since the 13th Century, the current manor home wasn’t built until well after the Powerscourt family took control of the estate in the 16th Century.  Richard Wingfield, 1st Viscount Powerscourt, commissioned Richard Cassels to extensively renovate the medieval castle into its current state.  In the 1970s, the house experienced a fire and was subsequently renovated.  Today, only a couple of rooms are as they were when it was inhabited, and much of the ground and first floors are retail shops.

Not to be confused with the one in England, this Huntington Castle can be found in Clonegal, County Carlow.  The original part of the home was a plantation-style defensive castle built in the 17th Century and was the home for the Caviness family and later Baron Esmonde.  It was captured by Oliver Cromwell during his march on Kilkenny.  The house is currently in private ownership but opens for public tours in the summer.

Ashford Castle is one of the grandest Victorian manor homes in Ireland.  The house was originally built in the 13th Century and was expanded into its current state by Sir Benjamin Lee Guinness in the mid-19th Century.  Today it operates as a hotel which is just on the edge of the village of Cong, which offers great opportunities to step right off the estate and into the community.

Castletown House is a rather grand Palladian estate built in 1722.  It was originally the home of William Conolly, the Speaker of the Irish House of Commons, and remained the Conolly family home until they sold it in 1965.  It eventually came into the possession of the Castletown Foundation, which later turned it over the Office of Public Works, which currently manages the estate.

The original Kilkenny Castle was constructed in 1195 was part of the Norman occupation of Ireland.  It was the home of the Butler family for centuries afterward and they were responsible for restoring it in a Gothic Revival style in the 19th Century.  The home became a battleground between the Republicans and the Irish Free State during the Irish Civil War, and remained in the Butler’s possession until it was sold to the Castle Restoration Committee in 1967.  It’s now in public ownership and managed by the Office of Public Works.

Ballynahinch Castle originally sat on land owned by the O’Flaherty family, who had owned the property since the 14th Century.  It was sold to the Martin family who built the current house in 1756 with the intent to establish it as an inn before Richard Martin converted it into a private residence.  It eventually fell into the hands of the Irish Tourist Board, who converted it back to a hotel that sits on 700 acres of private (and frankly gorgeous) land, with many of the rooms looking out over the estate’s lake.

Dromoland Castle was once the ancestral home of the O’Brien family, and the current building was commissioned in 1835 by Edward O’Brien in a Neo-Gothic style courtesy of James and George Richard Pain, who had studied under John Nash.  Donough O’Brien sold it in 1962, but built the nearby Thomond House that overlooks the estate.  It was later converted into a hotel and has seen many a famous guest in its suites.

Article: I moved from the US to Ireland. Here are 11 things that surprised me most.

Article: I moved from the US to Ireland. Here are...
Ten Irish Stately Homes to See When Visiting Ireland
Traveling to Ireland During COVID-19 – Tips & Tricks –...
JetBlue and Aer Lingus Expand Codeshare Partnership Across the North...
Aer Lingus Announces Summer 2022 Schedule