Home History The History of the Flag of Ireland
History 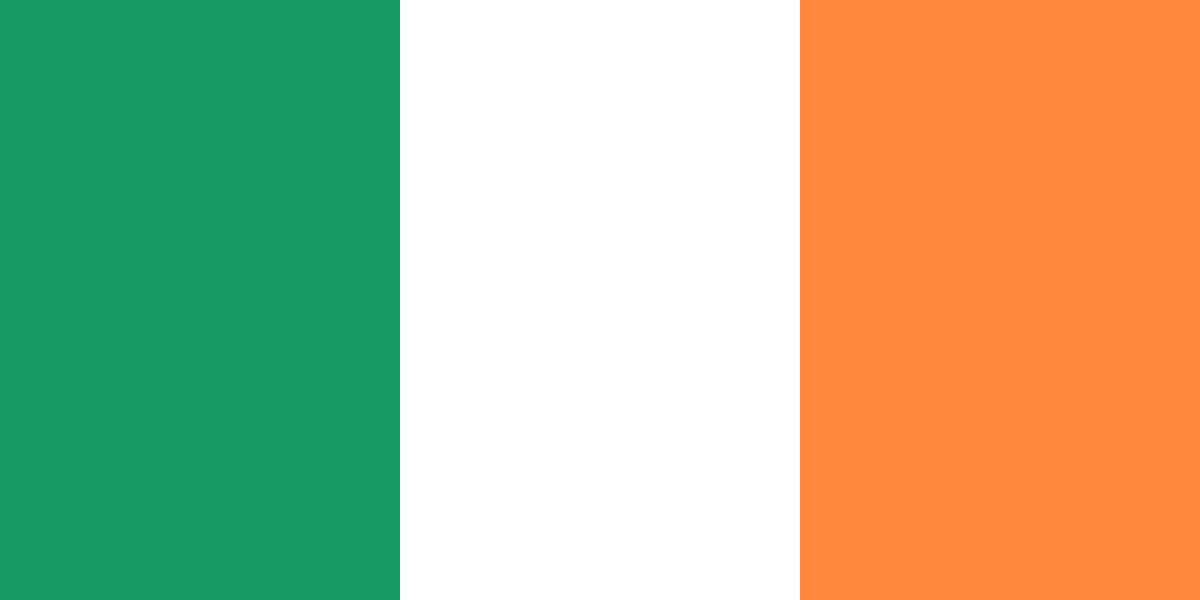 Ireland is one of the culturally rich countries in Europe whose history dates many centuries ago. The country has risen above and beyond civilizations, democracies, catastrophes, revolutions, wars and so much more, but still standing. From a nation of history and humility, Ireland has become a nation cultured by strong values and pride to become among Europe’s best economies and democracies to date.

The Irish flag passes off as one of the biggest symbols of the Irish pride. It’s a symbol of Irish history and means a lot to its citizens. The flag is characterized by three equally sized strips colored white, green and orange. Popularly known as the ‘Irish Tricolor’, the flag has been around since the early 19th century.  However, here is its rise and history.

Meaning of the Irish Flag

The history of the Irish flags goes back to 1642, when the Confederate Ireland’s flag was characterized by green and a golden harp. With the revolutions that followed soon after, the country was split in different factions; marked by different flags and color symbolisms.

In the aftermath of the first split, two kinds of Ireland emerged; the Old Ireland and the New Ireland. The old one was the green zone; New Ireland was orange.  For some time, the country was at loggerheads with no single symbol of unity.

The initial separation and perceived autonomy played a crucial role in the setting of the flag color, although only for a while. Thomas Francis Meagher is the name of the young Irish leader who had a vision for the unification between the two Irish factions, around 1848. His dream for a trilogy of orange, white and green was, however, not implemented for more than half a century forward.

The religious angle in the Irish Flag development

Religion has always been a strong angle to the Irish development. Christianity especially has been a pillar for Irish civilization. From around 1850, the biggest religious influences in Ireland were Catholics, Protestants, and Presbyterians.

These factions were represented by green for Catholics, orange for Protestants and blue for Presbyterians. The colors demarcated Ireland in religious terms. Between 1848 and 1916, they thrived.

After years of bickering on what colors represented the Irish fraternity, in 1937, the Irish Republic was established. Its constitution recognized tricolor of green, white and orange as the national flag and this has been the same since.

Arrangement of the Irish flag

When the Irish flags are hoisted, the green stripe goes on the hoist side; the white goes in the center while the orange goes on the outside of the pole, or fly.

The Irish Flag is an important symbolism tool for the Irish people and this will continue years to come. Whereas poles may not be a crucial aspect of the history, they represent the best way to showcase the Irish pride.

Video: How to do an Irish Accent