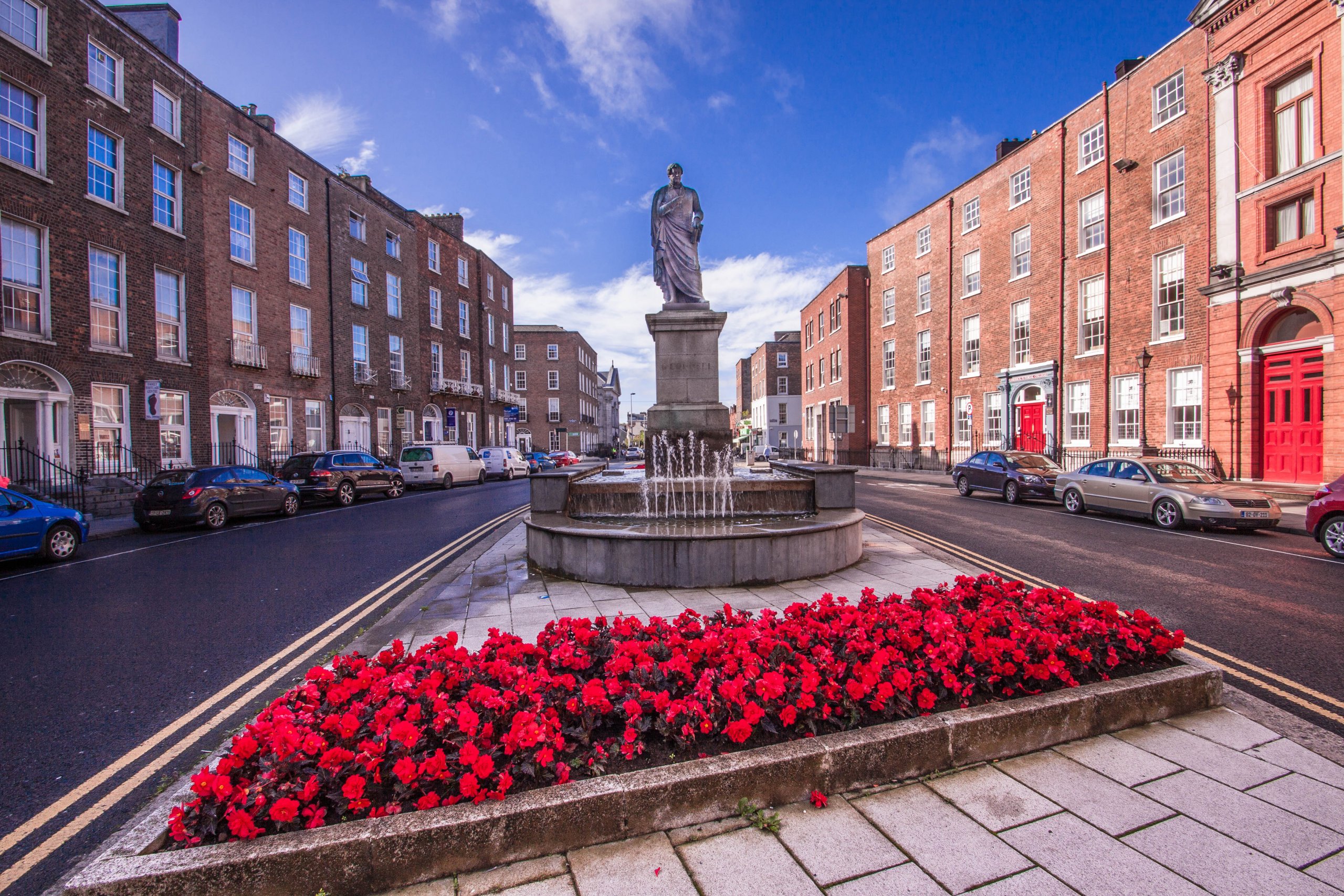 Image by By Stevesphotography – Own work, CC BY-SA 4.0, Link

Not just the name for a type of joke, Limerick is the principal city in the Irish county of the same name.  The earliest settlement here was named Inis Sibhtonn before the Vikings came, but the city as it is now wouldn’t start until 812 AD.  The arrival of the Normans really built up the city and by the 16th and 17th Centuries, Limerick was widely regarded as the most beautiful city in Ireland.  In the centuries since, Limerick has continued to bloom as a gorgeous and culturally important city and today has many great places to visit that highlight its heritage.   We’ve identified ten of our favorite spots in Limerick that we think you should visit.  Let us know your own favorite places in the comments.

The Treaty Stone marks the end of the Williamite War in Ireland between the Jacobites, who supported restoring the House of Stuart, and the Williamites, who fought for King William III.  The Treaty Stone is a limestone block that is believed to have been used to sign the treaty in 1691.  The pedestal on which it sits was erected in 1865 and can be found on the banks of the River Shannon behind St. Munchin’s Church.

Home to the Irish Rugby Football Union, Thomond Park is the main center for rugby in Limerick and hosts three separate clubs:  Shannon RFC, UL Bohemian RFC, and Munster Rugby.  As such, Thomond is kind of a big deal for sport in Limerick and its size makes it an attractive location for concerts as well.  If you drop by on a non-game day, you can take a tour of the stadium that will provide you with the details of its colorful history.

If you’re willing to take a drive outside of the city, Lough Gur is an excellent example of beautiful Irish countryside.  The horseshoe-shaped lake is the perfect place to get away from the hustle and bustle and connect with nature.  You can also find a number of fantastic ruins including Bourchier’s Castle, an early Christian church, and the remains of the Norman-build Black Castle.

Art is meant to be enjoyed by everyone and the Limerick City Gallery of Art makes it easy by being free to enter.  The contemporary art museum understandably focuses heavily on contemporary Irish artists including Jack Butler Yeats, Paul Henry, Grace Henry, and the poster art of Michael O’Conner.  In addition to the permanent and temporary exhibits, the museum also hosts regular talks and workshops.

From Limerick’s artists to the city’s history, the Limerick City Museum is a repository of artefacts and events from the earliest settlements to the present.  The museum is also free to enter, so there’s little reason not to drop in and see the more than 60,000 items in its collection from Stone Age discoveries to the Adare meteorite that hit Ireland in 1813.

The Milk Market is a farmer’s market that’s a top destination in the city not only for the copious amounts of fresh produce and foodstuffs, but also for its beauty.  The market has been around since before 1800 and its refurbishment in the 1990s added the “Big Top” that adds color and provides a place for concerts and public performances.

Located next to Pery Square, People’s Park was once part of a grand development plan in Georgian Ireland before the Great Famine struck.  Instead the land was developed into a public park that opened in 1877 and is one of the best green spaces within the city.  In addition to the bandstand, ornate drinking fountains, and gazebos, the most iconic thing in People’s Park is the towering monument to Limerick MP Thomas Spring Rice.

The Hunt Museum is the leading repository of artefacts from Ireland’s history and culture in Limerick.  It also features a number of exhibits featuring artefacts from all over the world, but it’s the locally-themed exhibits that are the real reason to visit, including costumes used in Irish films and works of local artists.  The varied items in its collection make the Hunt Museum a place you won’t want to skip.

While King John never set foot in the castle, it still bears the name of the man who ordered its construction in 1210.  It’s been a major center of history in Limerick, including being part of the city’s defenses during the 1642 Siege of Limerick.  The castle went through a renovation in 2013 that added a visitor’s center and interactive exhibits where guests can handle objects important to the castle’s over-800-year history.

One of the oldest buildings in Limerick, St. Mary’s Cathedral was established in 1168 and is actually the oldest building in the city still in use.  The Norman-styled church is believed to have been built over the site of a Viking meeting place and has the most history of any place in Limerick, from the limestone altar that was once stolen by Oliver Cromwell to the scratches on the west door where Limerick’s defenders sharped their swords before a siege.