Derry Girls creator proposed for freedom of the city 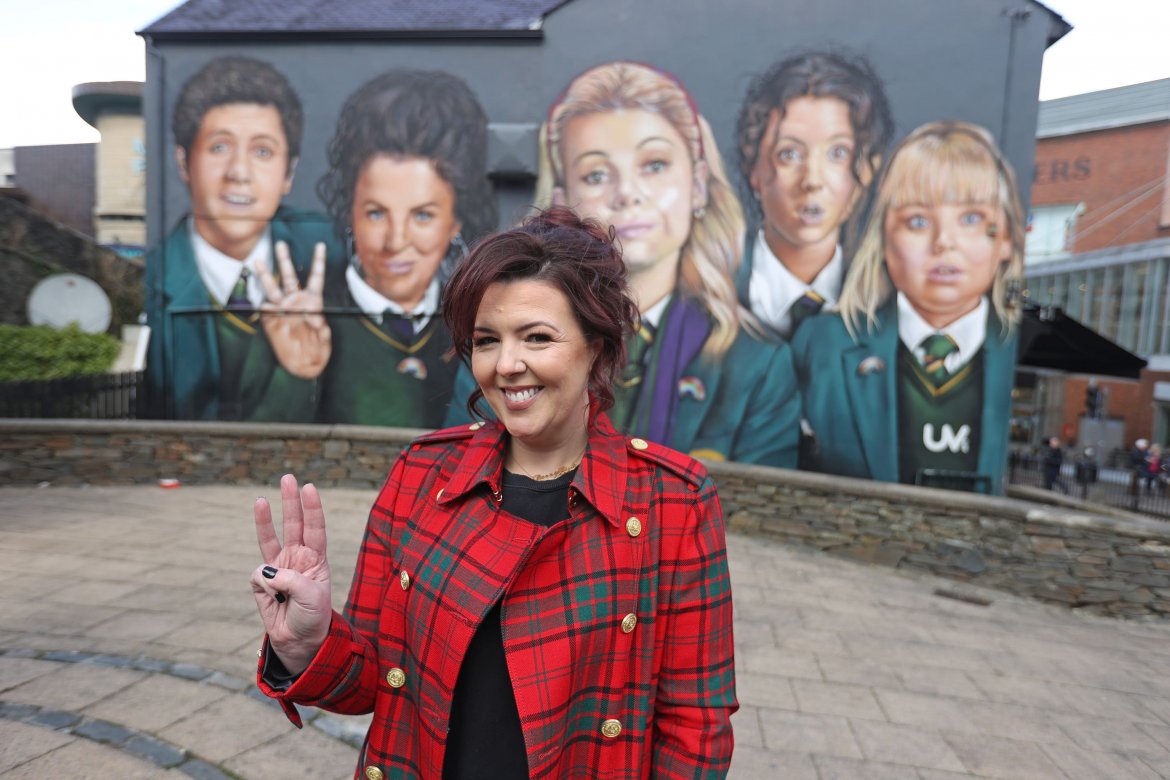 The creator of Derry Girls has been proposed for the freedom of the city.

Lisa McGee wrote the hit comedy series which has put Londonderry on the map with fans of the show across the world.

She would be the first woman to receive the honour if it is agreed by Derry City and Strabane Council.

What an absolute honour to be the first woman nominated . I’m thrilled to even be considered . Fingers crossed 💕 https://t.co/yPSOJX82kc

The proposal is set to come before councillors at a meeting on Thursday, June 30.

“What an absolute honour to be the first woman nominated. I’m thrilled to even be considered. Fingers crossed,” she tweeted.

Mr Reilly said it would be fitting for Ms McGee to be the first woman to receive the honour.

“Lisa McGee has brought so much joy and civic pride to our city and district through her writing and this work has undoubtedly put Derry and its people on a global stage,” he said.

“Netflix has taken this to a global audience and this exposure for our city and district has boosted tourism and inspired those who live here – young and old.

“The fact that Lisa is the first female to be nominated for the Freedom of the City in our city is truly a historic and special occasion.

“Through her work people have seen the warmth and charm of our city, the sense of friendship, families pulling together and dealing with adversity – all delivered through various strong female viewpoints.

“She has created through her writing such a sense of civic pride and strong state of mind of what being from Derry means.

“I’m delighted to put her forward as the first ‘Derry Girl’ recipient of the highest honour that the council can bestow.”