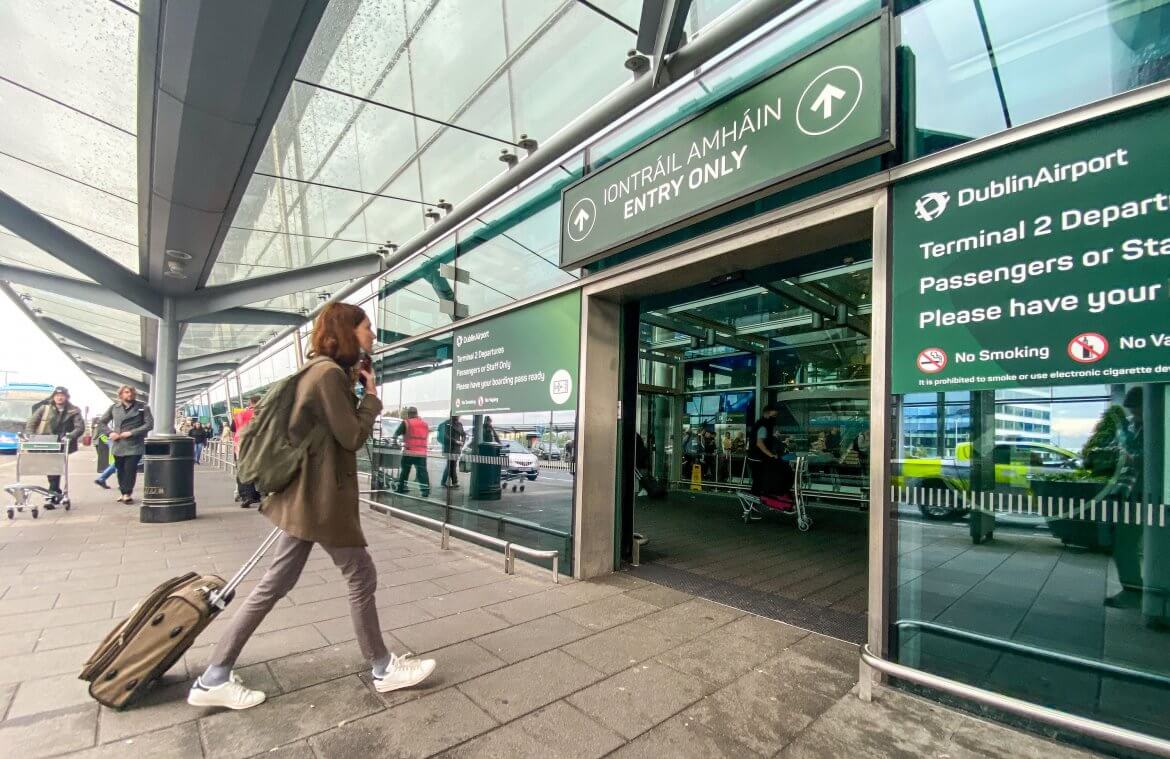 Dublin Airport is running “very efficiently” on Friday morning, as around 200,000 people are set to travel through the airport over the bank holiday weekend.

Travellers avoided some of the disorder witnessed over the previous weekend, with management at the airport expressing confidence that the system should run smoothly in the days to come.

Ireland’s busiest airport has been at the centre of a political storm in recent days, after last weekend saw around 1,000 passengers miss flights as lengthy queues extended outside the terminals.

DAA, which runs the airport, admitted that mistakes had been made but insisted that lessons were learned ahead of the coming June 6 bank holiday.

New measures, including the installation of marquees at Terminal 1 for passengers forced to queue outside, have been deployed and extra staff are also now working.

DAA media relations manager Graeme McQueen said there was no “complacency” among airport management, despite a good start to Friday.

He said the new queuing area outside was used very briefly in the early hours of Friday.

“You’re covered if it rains. It’s going to make that passenger experience a little bit better,” he said.

Describing the current arrangements for passengers, Mr McQueen said: “If you walk up to our terminal building at the moment there will be a person who will ask you if you have a bag to check in.

For flight alerts, security queue times and other information on how to prepare for security screening and your overall airport journey, please visit https://t.co/nxa9FZfCo0. Wishing all passengers a safe journey from Dublin Airport. (4/4) ✈️ pic.twitter.com/B0HgVj7JjW

“If you do, you’ll be asked to move to the right and go into the door to your right. If you don’t have a bag to check in and you can go straight to security, you’ll flow through to your left.

“We will only use those areas as it starts to get busy,” he told RTE radio.

He said that holding zones for passengers who arrive too early will be used from next week.

“We’ll start constructing them in our short-term car park across the road. So they are the ones that as it gets busier in the summer, we’ll look to use those zones to keep people back, maybe if they have arrived way too early for their flight,” he said.

He said it was “purely a contingency” ahead of the busy summer months.

“We hope not to use it but if we need to it will be a pleasant experience for passengers and it’s all aimed at making sure that everyone makes their flight.”

A DAA spokesperson said the early morning wave of departures on Friday had “run very efficiently”.

The spokesperson said it was a “result of extra staff, the maximum number of security lanes open and an improvement in queue management for passengers entering the terminals for check-in, bag drop and security.

“By six o’clock this morning queue times under 10 minutes were being experienced by early morning travellers in both terminal 1 and 2.

“Today is the start of a very busy bank holiday weekend of air travel with up to 50,000 passengers a day departing from Dublin Airport.”

If a bag needs to be checked in, leaving an extra hour is also advised.

Transport Minister Eamon Ryan on Thursday urged passengers to follow the advice from the airport and said he was “confident” people should be able to get through the airport with minimal difficulties in the coming days.

When asked whether there should be consequences for DAA management if their operational plan fails this weekend, Taoiseach Micheal Martin said that as a semi-state body, Dublin Airport has a clear legislative framework governing it.

“There’s a change happening anyway, in respect of the chief executive officer position,” Mr Martin added, referring to the CEO Dalton Philips’ planned departure from the role in the coming weeks.

“The focus has to be to ensure that Dublin Airport performs to previous standards in respect of the number and volume of passengers that they can accommodate on an ongoing basis and in terms of the treatment of its workers as well, in terms of the various pay issues.

“So that’s where the focus is now,” Mr Martin said, adding that it was “certainly unacceptable” what happened last weekend.

“It’s something we can recover from, but it never helps that events of that kind happen.”