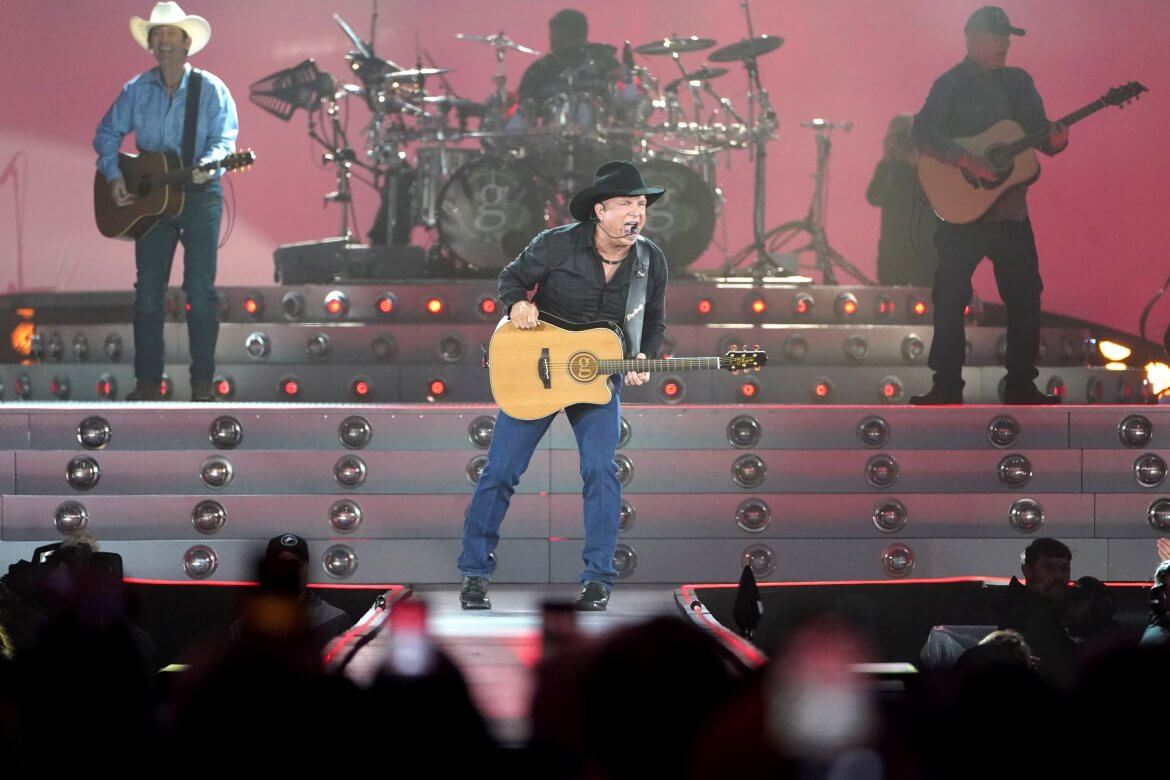 US country music star Garth Brooks took to the stage at Dublin’s Croke Park to rapturous applause from his loyal fans as he kicked off his long-awaited series of gigs in the city.

The music legend, who wore a black Stetson and jeans, broke down in tears as he told the crowd he had come on stage for one reason and that was to “raise hell.”

“Tell me it’s going to be like this the whole night long,” he said, adding he just wanted to “enjoy the moment”.

There was a sea of Stetsons in the streets near the stadium on Friday evening as 80,000 people arrived for the opening night of Brooks’ concerts in the Irish capital.

It was a long time coming and some fans were worried it would never happen but they got to see their “idol” again.

Brooks was due to play five concerts in 2014 but the gigs were canceled following a licensing dispute with locals around the venue and the local authorities.

Dublin City Council said at the time that it would only grant licenses for three of the concerts at the Dublin venue, but the singer refused to perform unless all five went ahead.

The 60-year-old superstar is now set to play five concerts at the home of GAA over the course of nine days.

Around 400,000 people are expected to attend the gigs in total with at least 5% of ticket holders coming from outside Ireland.

Ahead of the gig, Brooks became emotional as he said he had waited all his life for this moment.

So did many of his fans.

Cora McHugh was not born the last time he sang in Ireland.

But she said she had been brought up on country music since she was knee-high.

She traveled with her mother Caitriona from Donegal to see their favorite artist.

She said: “I love country music, I love Garth Brooks.

“I’ve always been brought up on country music and I was jiving since I was wee with my nana. I just love country music.

“I’m so excited because I feel Garth Brooks will never be here again so it’s a once-in-a-lifetime opportunity.”

She was expecting an “unreal atmosphere” in the stadium.

Marie-Claire Meehan, from Newry, Co Down, traveled with a group of friends to watch the performance.

“What better place to be than at Croke Park where Garth Brooks is about to make his debut performance after a damp squib in 2014,” she said ahead of the show.

“We’re pumped and ready to go.”

Street trader Derek Kidney told the PA news agency he was hoping to sell a lot of Stetsons and ponchos over the five nights.

He said: “There will be Stetsons everywhere, please god.

“Hopefully, the rain will stay away.”

It has been 25 years since the music legend last played in Dublin.

In November 2021, Brooks returned to Ireland to announce he would play in Croke Park the following September.

After huge demand for two gigs at the venue, a further three dates were added.

Fans snapped up tickets in the hope the star would don his Stetson and sing some of greatest hits including If Tomorrow Never Comes, Friends In Low Places and Callin’ Baton Rouge among other well-known tunes.

They had been urged to make their way to the stadium early and to use public transport.

Due to the large numbers attending, organizers warned people to plan their journey to and from the venue.