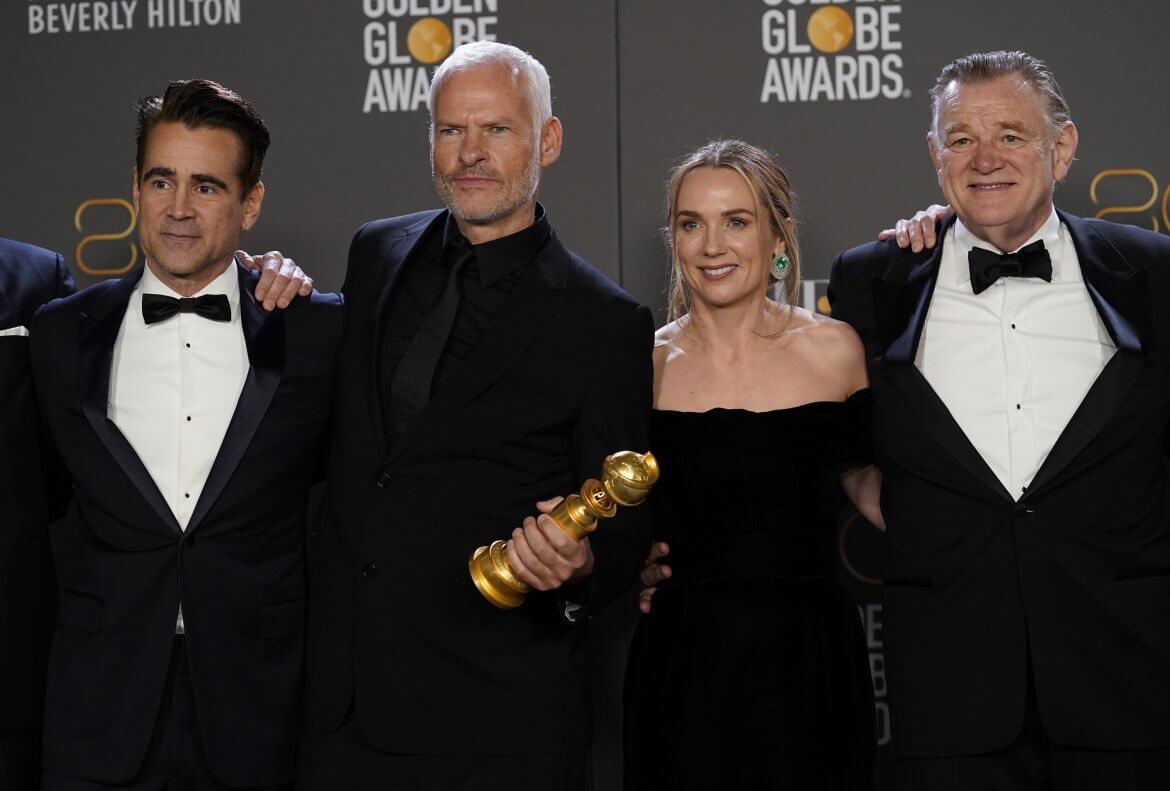 Irish talent put in a fantastic showing at the 95th Oscar nominations, with recognition in major categories including best picture, best actor, and best supporting actor and actress.

Martin McDonagh’s dark Irish comedy The Banshees Of Inisherin was one of the top films to be recognised, with a total of nine nominations – beaten only by sci-fi thriller Everything Everywhere All At Once.

Nominees for the 95th annual Academy Awards were announced on Tuesday by Riz Ahmed and Allison Williams, in-person for the first time since the start of the coronavirus pandemic.

The nomination continues Farrell’s successful awards season run, having been nominated for both a Critics Choice and Screen Actors Guild gong for his performance in The Banshees Of Inisherin.

Nighy’s nod comes for his turn in Living, in which he portrays a veteran civil servant who is inspired to make the most of his remaining days, following a life of tedium.

Mescal earned his nomination for his role in coming-of-age drama Aftersun.

Irish talent was well-represented across other major categories, with Gleeson nominated for best actor in a supporting role for The Banshees Of Inisherin, alongside Keoghan, and Condon recognised in the best supporting actress category.

Angela Bassett, star of Black Panther: Wakanda Forever, joined Condon as a nominee for best supporting actress – becoming the first actor from a Marvel movie to be nominated for their work in one of the franchise’s films.

The nominations for Actor in a Leading Role go to… #Oscars #Oscars95 pic.twitter.com/BVcCq7u4Ut

Blanchett and Yeoh, who have both been recognised previously, earned nominations for Tar and Everything Everywhere All At Once, respectively.

Riseborough received the nod for her work in To Leslie.

Michelle Williams was also nominated for best actress, following a campaign to recognise her acclaimed performance as Mitzi, the piano-playing mother in Steven Spielberg’s The Fabelmans, rather than as a best supporting role.

Everything Everywhere All At Once once again led nominations, with a total of 11, closely followed by The Banshees Of Inisherin and All Quiet On The Western Front, which both received nine.

All three received nominations in the coveted best picture category, along with Steven Spielberg’s The Fabelmans.

They were joined in the 10-strong category by blockbuster sequels Avatar: The Way Of Water; Top Gun: Maverick; as well as Elvis, Tar, Triangle Of Sadness and Women Talking.

Noticeable snubs came for Black Panther: Wakanda Forever, Babylon and The Whale, which did not feature on the list.

Elsewhere, Charlie Mackesy’s heart-warming story The Boy, the Mole, The Fox And The Horse received an Oscar nomination for best animated short film.

Oscar-winning English designer Jenny Beavan was nominated yet again in the best costume category, for her work on Mrs Harris Goes To Paris.

The star-studded Oscars ceremony, due to be hosted by US talk show host and comedian Jimmy Kimmel, will take place on March 12 at the Dolby Theatre in Los Angeles.