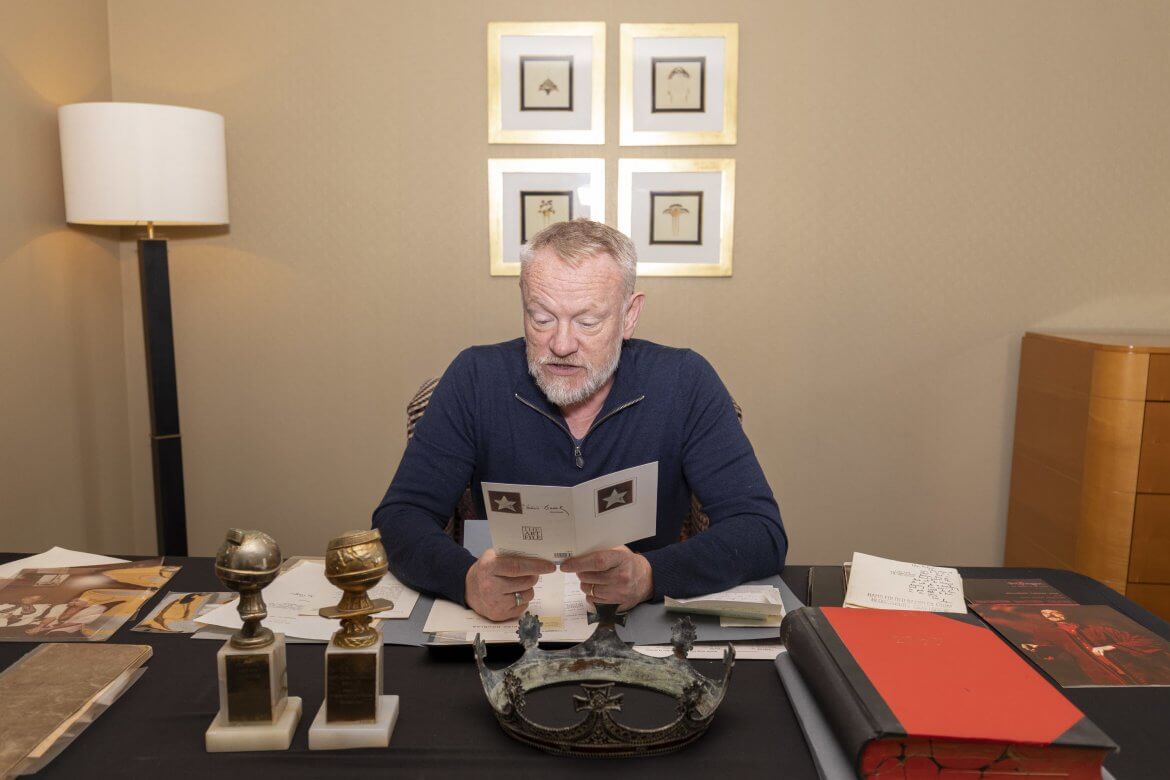 Richard Harris’s son has said he is excited for people to see how his father was a “renaissance man” when his new archive collection opens at the University College Cork (UCC).

The estate of the late actor donated the extensive selection of his letters, photographs, literary works and professional and personal documents – which span more than 50 years – to help preserve his legacy.

The multi-award winning actor, who died in 2002 aged 72, starred in a plethora of plays and films during his career including playing Albus Dumbledore in the first two Harry Potter films, the Roman emperor Marcus Aurelius in 2000’s Gladiator and Abbe Faria in 2002’s The Count Of Monte Cristo.

His son and actor Jared Harris told the PA news agency: “What I’m excited about is that people will get an idea of just what a kind of renaissance man he was and how varied his interests were.

“Because it represents not just what you would expect of him in terms of his interest in his professional career as an actor, but also his ambitions as a director.”

Among the collection is his director’s copy of a production of Hamlet, a collection of his poetry and letters he kept from friends.

One of the letters is from Daniel Radcliffe, who played Harry Potter in the fantasy film series, wishing him a good recovery while Harris was in hospital in his last days.

Another was written to his parents when he was in a production of Arthur Miller’s A View From The Bridge where he reveals the playwright came to visit them every day and that Marilyn Monroe came to rehearsals one evening.

Harris’s son added: “He collected an awful lot of personal memorabilia. I wasn’t aware that he was that sentimental and I don’t mean that in a pejorative way, it’s heartwarming to me that he considered these things to be valuable and things that he wanted to hang on to and collect.”

The items will be first exhibited in Harris’s birth city of Limerick at the Hunt Museum.

Jared Harris added: “The archive has been sitting almost since my father passed away, which is 20 years now, in a lockup and I’ve spent the good last 10 years trying to figure out what to do with it and the family, obviously we don’t want to leave it sitting in a lock-up slowly getting damp and degrading.

“And we needed it to go somewhere someplace that would look after it and the University of Cork – the programmes and the curriculum that they have on offer mirror so many of my father’s interests.

“They have a school of film, theatre, drama, they do fantastic literature programmes and it seemed as though this dovetailed with what his passions were.”

Cronan O Doibhlin, head of collections at UCC Library, said: “The Richard Harris Archive will be of great benefit to the arts and culture industry to Richard Harris’s home province of Munster, where his legacy as a loved and internationally respected actor continues to be celebrated and cherished.”

Plaque to Irish woman who shot at Mussolini unveiled in Dublin

Thousands line the streets as Halloween parade returns to Derry