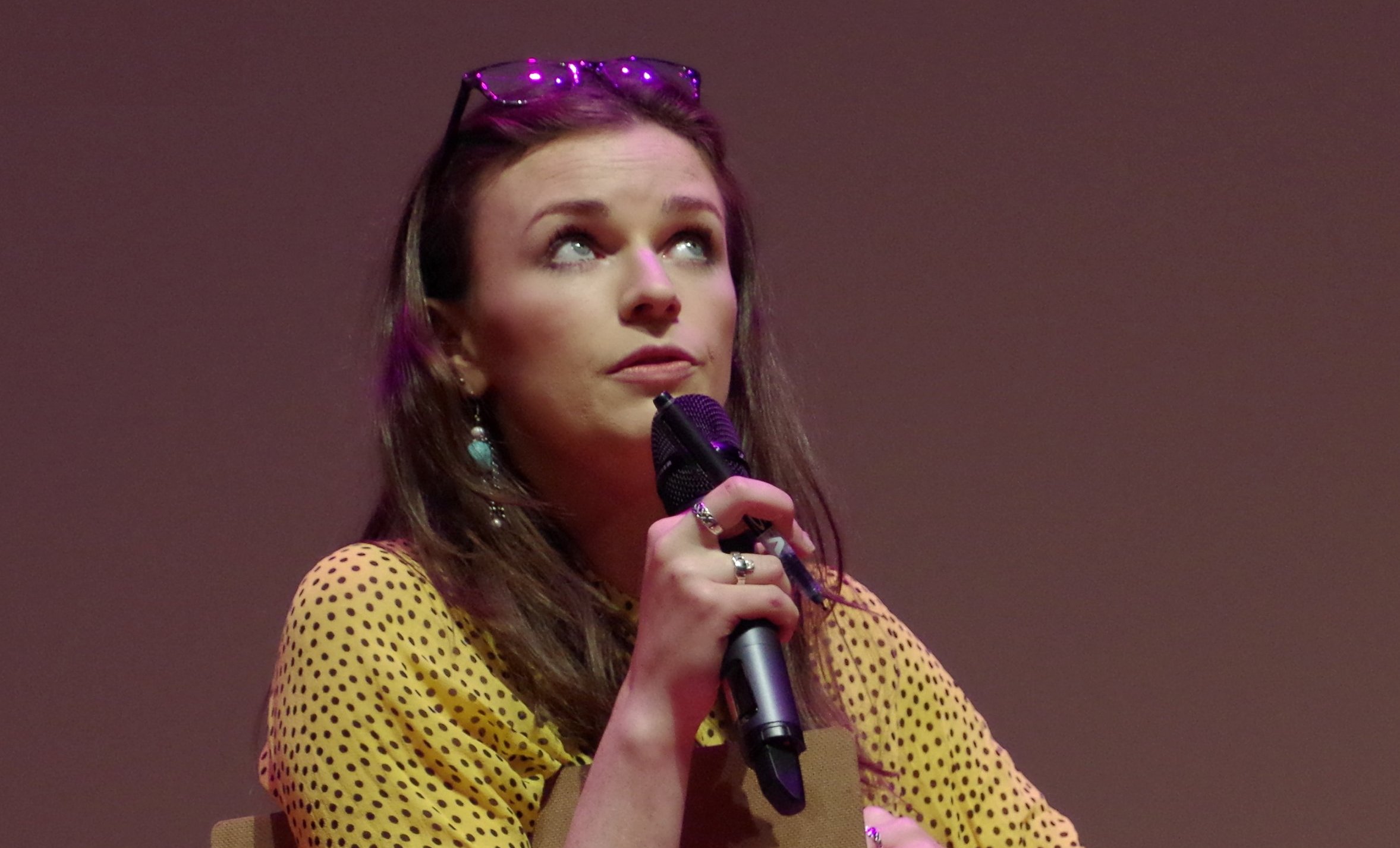 Laughter is a universal language.  No matter where you go in the world, everyone enjoys a good joker from a master of the trade.  Ireland has more than its share of fantastically funny men and women whose jokes make light of Irish culture and upbringing.  The five we have listed below are five of the absolute best and comprise TV presenters, sitcom actors, and rising stars who have made a name for themselves in stand-up long before being famous.  If you have any favorite Irish comedians that we didn’t include here, let us know in the comments.

Tommy Tiernan is one of the country’s biggest funnymen, and with good reason.  His more controversial style patterned itself after his hero, American comedian Lenny Bruce, and he’s been able to ride it to international fame.  However, this has also caused him to run afoul of controversy a number of times without causing his career any permanent harm.  Like a lot of famous Irish comedians, including Graham Norton, Ardal O’Hanlon, and Dermot Morgan, he’s also appeared on Father Ted and actually guested in the final episode as a priest attempting suicide who Ted talks down.

One of the top stars of the Irish comedy scene, attendees at one of Jason Byrne’s shows will warn you not to sit up front unless you want to be a target for his jokes.  Of course, it’s all in good fun, and if you have a great sense of humor, his well-intentioned insults are likely to have you laughing at yourself.  Byrne is also a pretty energetic comedian, using a lot of hand gestures and moving around the stage, so there’s little chance of getting bored during one of his shows.

Dylan Moran is certainly a major television and film store thanks to his appearances in Black Books, Shaun of the Dead, and Run Fatboy Run.  Aside from TV, his stand-up dips into the dark humor that a society like Ireland produces, making fun of things that might normally be depressing.  He can also get pretty surreal and tends to deliver his jokes in a deadpan style.  He can be a real treat to watch because, oftentimes his onstage behavior is just as fun as his jokes.  Keen-eyed viewers might also remember him as the shoplifter that Hugh Grant confronts in Notting Hill.

Certainly amongst the funniest women in Ireland, Aisling Bea is a regular on UK panel shows and Live at the Apollo.  Her humor relies a lot on personal stories, including impersonating the voices of everyone else involved and social commentary.  Like some Irish people, she’s also a very fast talker, so you really might have to pay attention to keep up unless you’re a fast listener.  This tends to bleed over into her panel appearances, which can turn into mini-stand-up shows about everything from her love life to making fun of her time at Catholic school.

Easily recognizable as the presenter of Mock the Week, Robot Wars, and just about any British science show *not* hosted by Brian Cox, Dara O’ Briain is equally known for his big round head and contemporary humor.  As such, he’s not afraid to take shots at anything in Irish society (such as his Apollo bit about how it’s not possible to leave the Catholic Church), and spending so much time in Great Britain, British society is in his sights as well.  Oftentimes his panel shows will also include Irish comedian buddy Ed Byrne, which can be quite fun as they’ll often take shots at each other.

Top Ten Things to Do in Dublin for First Time Visitors

Video: How To Put on a Convincing Irish...