Top Ten Things to Do in Dublin for First Time Visitors 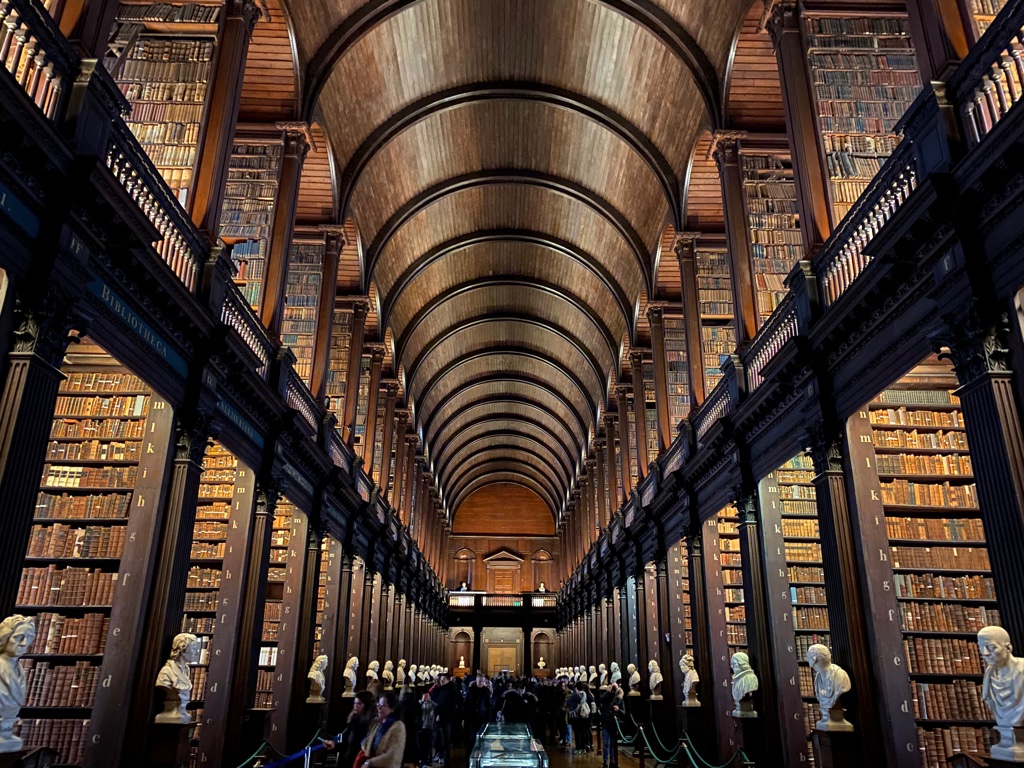 Dublin is the jewel of the Emerald Isle and not just because it’s Ireland’s capital and largest city.  Humans have lived in the area since prehistoric times, but it was roughly the 7th Century before people really started to build a settlement around what would become Dublin Bay on the Irish Sea.  Ever since it has been the center of culture and history for the nation and today offers a number of excellent places to visit that speak to both.  We have listed the top ten places we think you should visit below, and you can let us know your own favorite Dublin spots in the comments.

The first stop is one of the city’s areas that is well-known with tourists.  The Temple Bar is both a pub and the street on which it can be found, and Temple Bar is also lined with bars, restaurants, and entertainment.  Whether you choose to stop at the Temple Bar Pub or one of the other cultural embassies that line Temple Bar, this is the place to start to indulge in Dublin’s culture.

An iconic location in London, the Ha’Penny Bridge has a distinctive elliptical arch that transports pedestrians over the River Liffey.  Built in 1816, its actual name is the Liffey Bridge, and its more common name comes from how ferries over the river here prior to the bridge’s construction would cost a half-penny.  Walking over it is a common activity for locals and tourists alike.

Kilmainham Gaol is a well-preserved prison that today acts as a museum.  In addition to exhibits covering the prison’s long history, it also held a number of famous revolutionary prisoners.  Additionally, prisoners at Kilmainham were not separated by sex, and men, women, and children would sometimes be birthed five-per-cell.  It’s also in such good condition that it has often been used in films from The Italian Job to Paddington 2.

Irish whiskey is one of the country’s chief exports, and Jameson is the top distiller.  If you visit the distillery on Bow St., you’ll be treated to a tour that not only includes how Jameson was founded and its history to the present, but you can also do complimentary whisky tasting and have a drink at the distillery’s own bar.

If you’re not into whiskey and fancy yourself more of a beer fan, you’ll want to visit the Guinness Storehouse.  Part of St. James Gate Brewery’s facilities, the Storehouse is a tourist attraction dedicated to the world’s most famous stout.  Exhibits will take visitors through the brewery’s 250-year history and finishes off with your own perfectly-poured pint in the sky-high Gravity Bar.  TheStorehousee also has a restaurant with classic Irish dishes and a copy of the brewery’s 9,000-year lease.

Phoenix Park is 1,750 acres of green space in Dublin and is a lovely place to spend the day.  Visitors to the park will find several great attractions, including the Wellington Monument (the largest obelisk in Europe), the Papal Cross, Magazine Fort, Deerfield Residence (home of the US Ambassador) and Áras an Uachtaráin (the home of the President of Ireland).  Phoenix Park is also home to a number of deer herds that graze the fields.

Dublin Castle today represents both a major government facility and tourist attraction and has been a government facility since it was built in the 13th Century by the British as their administrative center.   Today the castle is home to a number of exhibits and events throughout the year.  From art galleries to concerts, it’s also a center of culture and a top place to visit.

St. Patrick has been Ireland’s patron saint since the 7th Century, and the Cathedral that bears his name is as grand as his effect on the country.  It’s worth noting that St. Patrick’s is actually not a Catholic Cathedral but part of the Church of Ireland (the diocese can be found at Christ Church Cathedral).  St. Patrick’s offers tours on a regular basis, and since it is a working church, visitors are welcome to attend services there.

For those wanting to know more about Irish history, the National Museum of Ireland has to be the top destination in Dublin.  It was formed through a combination of the Royal Dublin Society and the Royal Irish Academy and today has three different facilities dedicated to Country Life, Architecture, and Decorative Arts and History, though only the latter two can be found in Dublin.  Admission is free, so there’s no better place to really dive into the history, culture, and people of Ireland.