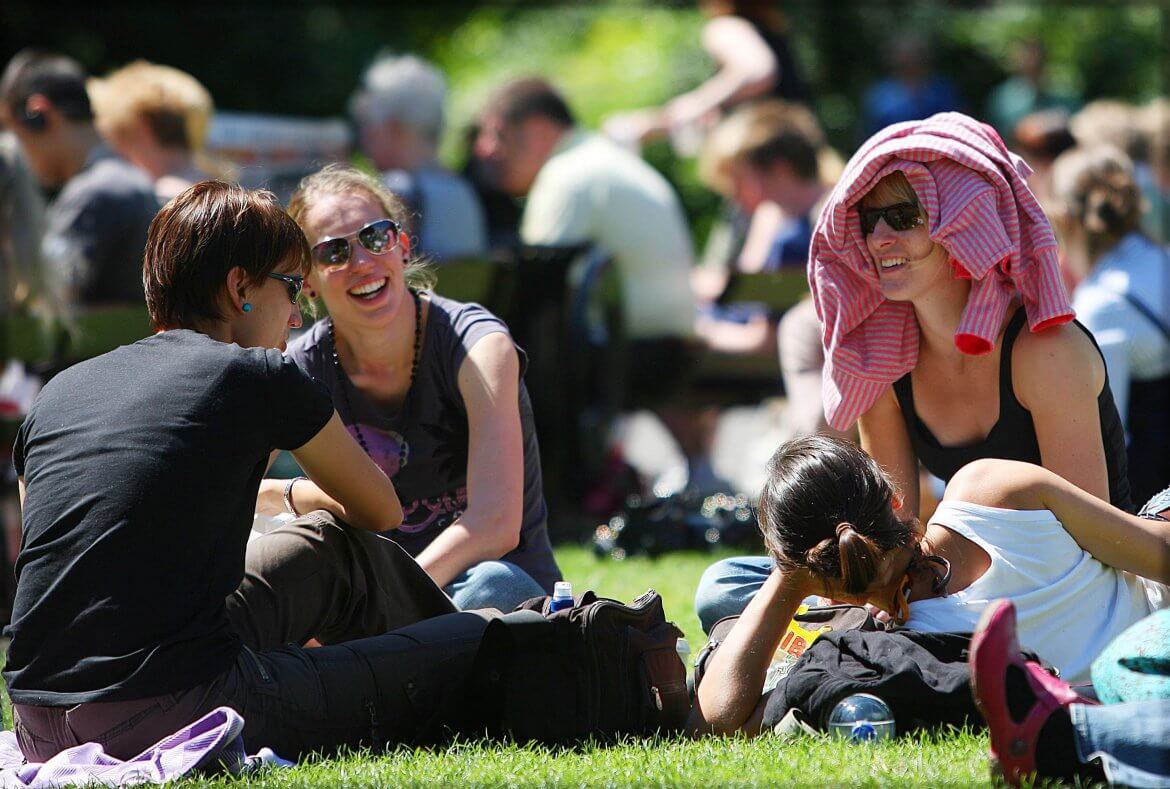 People are being advised to take precautions as a three-day heat warning has come into effect in Ireland.

The Status Yellow alert began at 6 am on Sunday and will last until 9 pm on Tuesday, with temperatures of up to 32C (90F) possible in places on Monday.

The Met Eireann weather warning stated: “On Sunday and Monday exceptionally warm weather will occur over Ireland with daytime temperatures of 25 to 30 (77F to 86F) degrees and possibly up to 32 degrees in places on Monday.

It came as a man in his 60s died after getting into difficulty while swimming in Portarlington, Co Laois, on Saturday.

The incident happened at around 3.30 pm at Derryounce Lake.

The man was taken from the water and brought by ambulance to Midland Regional Hospital Portlaoise but was pronounced dead a short time later.

It is the third swimming-related death to have occurred in the past week.

As the heatwave arrived in Ireland, Dublin City Council put contingency plans in place to protect the homeless from extreme temperatures, and Irish Water reminded people to be mindful of their water usage.

Ireland records hottest temperature in more than a...