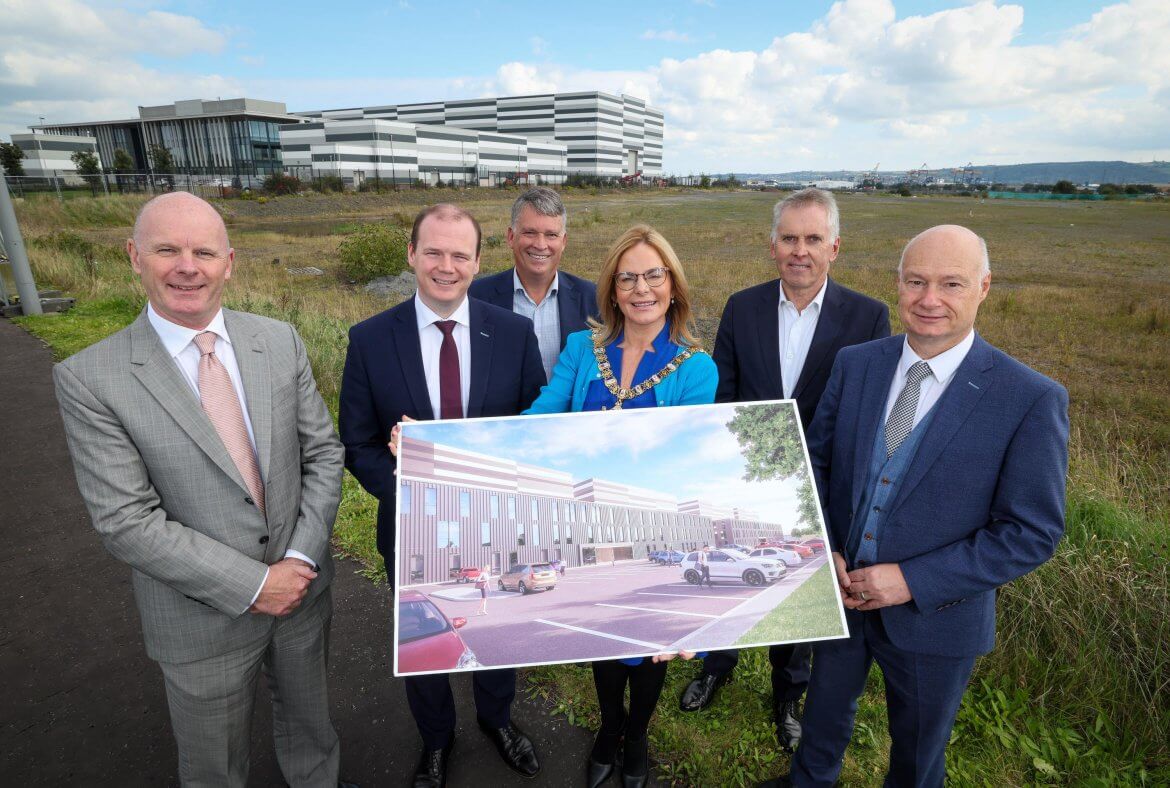 A new £25 million film studio complex specialising in cutting-edge virtual production techniques is to be built in Belfast.

Studio Ulster will be constructed at Giant’s Park in the north of the city, on land adjacent to the existing Belfast Harbour Studios.

The project will be developed by Ulster University in partnership with Belfast Harbour, with support from Northern Ireland Screen.

It is being delivered as part of the Belfast Regional City Deal – an economic investment strategy involving the Government, Stormont Executive, six local councils and several academic institutions.

Construction will begin next month with the studios expected to be fully operational and open for filming from early 2024.

The complex, which is set to augment Belfast’s burgeoning reputation as a world-class film production hub, will include several large-scale stages and a research and development centre of excellence.

It will specialise in film, broadcast, animation, games and immersive technologies.

The complex will support 461 direct and indirect jobs in the screen sector.

Stormont Economy Minister Gordon Lyons announced the project on a visit to the site on Tuesday.

“The Studio Ulster project is a major investment in the future of the local film industry that enhances the excellent facilities already on offer here in Northern Ireland,” he said.

“The industry is now a major contributor to our economy, with estimates by Northern Ireland Screen suggesting the last three film and television productions have together been worth more than £100 million to the economy.

“The unique academia and industry, public and private sector partnership approach underpinning Studio Ulster is unprecedented and to realise our collective ambition, we must have a pipeline of graduates who are equipped with the skills and knowledge to specialise in creatively-led, technologically-driven production, and research and development,” he said.

“For many years we have been responding to industry reports of skills requirements and shortages through the Ulster Screen Academy, offering students innovative film and broadcast, animation, games and immersive technologies courses to help deliver the much-needed skilled workforce to drive the screen industries forward.”

Joe O’Neill, chief executive of Belfast Harbour, added: “We are excited to be working with our partners to deliver this significant investment for the Northern Ireland film industry, which underlines our ongoing ambition to be a major economic hub for the region and create the largest European media hub outside of London.

“The UK market for film and content production has continued to strengthen and this project will serve to further increase Northern Ireland’s global competitiveness in the creative industries sector and help to attract leading production companies to both the traditional stages and the virtual production facility.”

“This world-class facility will put us in an incredibly strong position to compete globally, because it will meet an identified international need for virtual production facilities that will be rapidly adopted.

“It will also allow us to cultivate talent, our research and development capacity and create really exciting opportunities for people working here.

“We’ve said that a decade of opportunity starts now with the Belfast Region City Deal – and today we’re taking another important step forward in achieving our ambitions of transforming the city region’s economy and quality of life for people living here.”

Richard Williams, chief executive of Northern Ireland Screen, added: “Virtual production has really shaken up the screen industries and Studio Ulster will be transformative for our industry here in Northern Ireland.

“Providing state-of-the-art production, studio and R&D facilities will help considerably in ensuring that Northern Ireland retains its position as a global leader in international screen production.

“It is wonderful to see education and industry across the public and private sectors joining forces to bring such an innovative project to life.”